We are nearing completion of our latest feature, period drama ‘Draw On Sweet Night’. We’re very excited about this project, and hope it will be ready for release by mid-April.

During the summer, we filmed the comedy ‘ChickLit’ in and around Holt. This was an extremely successful shoot, and we’re so proud of the finished product. The script attracted a stellar cast, including Christian McKay, Miles Jupp, Dakota Blue Richards, Caroline Catz, Dame Eileen Atkins and John Hurt. We’ve just returned from Long Melford where… Read more »

We’re delighted to have been nominated for the Hy Kurzner Entrepreneur Award at the 2014 Hostry Festival – the event will be held on 24 October – you can find our more here: http://www.hostryfestival.org/hostry-festival-guide-2014

With many independent films nowadays, the reality is that DVD sales (and latterly, Video On Demand services) are the main way in which the costs of making the film are recouped. It’s worth remembering that, according to a report recently published by the British Film Institute, only 7% of British feature films make their money… Read more »

FIFA selection for Peace and Conflict

We’re very proud to announce that Benjamin Britten – Peace and Conflict has been officially selected for screening in competition at the 2014 International Festival of Films on Art (FIFA) in Montreal, Canada. The festival is held between 20 and 30 March 2014, and success in Canada could mean big things for ‘Peace and Conflict’… Read more » 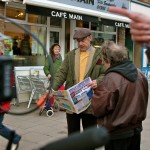 We were deeply saddened however, to hear of the death of Roger Lloyd Pack on January 15th. Roger was a very fine actor; his performance as ‘Norman’, the star of In Love with Alma Cogan has been praised by all who saw the film, and we’re so proud to have worked with him on what… Read more » 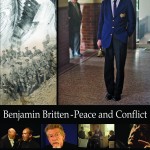 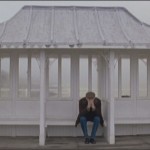 In Love With Alma Cogan – now available on DVD This delightful romantic comedy drama has charmed audiences from Plymouth to Argyll and can now be yours on own on DVD. It is available from our website, Amazon or from most high-street retailers.

Award of Excellence for Alma

In Love with Alma Cogan recently won an Award of Excellence in the Feature Film category of the 2012 Canada International Film Festival.